“She needs assistance and she needs that in the community.”

An Australian teenager with a history of violence avoided time behind bars last week because the judge feared she would be a “victim in jail.”

Tannah Knight-Olsen, a 19-year-old from Sydney, was sentenced to 12 months’ imprisonment to be served in the community for punching an unsuspecting women in the back of the head at a hotel last year. Sutherland Court Magistrate Glenn Walsh insisted that Knight-Olsen would benefit from help, not hardship. 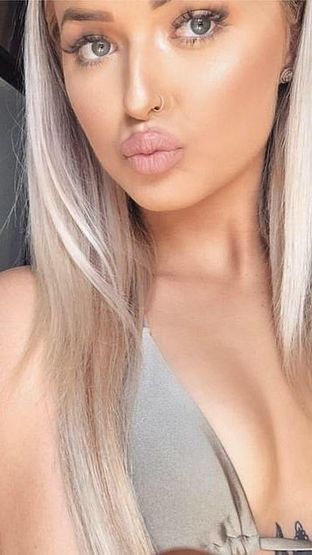 “She needs assistance and she needs that in the community ― she’d just be a victim in jail,” he said.

Knight-Olsen, whose Facebook page conveys a glamorous party lifestyle, had violated her bond when she was last year allegedly caught with illegal drugs, The Daily Telegraph reported. She was charged in July with possessing ice and in May with possessing marijuana.

Her criminal record also includes guilty pleas to crimes related to smashing a phone and a potted plant during disputes with her family.

The judge expressed sympathy for what he suggested was Knight-Olsen’s cycle of drug use and violence.

“Whilst I understand that you’re looking for something in life that eases your pain, [the drug use] makes you a worse person.”

In the United States and elsewhere, women often ​get off with much lighter sentences than men for the same crimes. Some ​contend that women deserve greater leniency because they are more likely to be low-level criminals, coerced into crime by men, and traumatized by physical or sexual abuse. They also need to be free to raise their children, the argument goes.

But others point out that men face no shortage of their own hardships, and they have children to raise, too. More broadly, there is a ​growing sense in some quarters that men are being vilified, and held to a higher standard than women, in the ​#MeToo era.

Such people might wonder whether in Knight-Olsen’s case justice was really blind.

Feminists Outraged by Bernie Sanders Because Joe Rogan Endorsed Him