“I look forward to being fully and completely vindicated.”

Roger Stone told the press Friday that he’s “troubled by the political motivations of” Special Counsel Robert Mueller, hours after being indicted by prosecutors for allegedly coordinating between the Trump campaign and WikiLeaks regarding the release of stolen Democratic National Committee material.

In a theatrical display, Stone — a former adviser to President Donald Trump — was arrested at his home at Fort Lauderdale, Florida that same morning by armed and vested FBI agents, The New York Times reported. He was taken to an FBI facility and later showed up at a Florida court, where he was bailed out and has surrendered his passport. He has committed to appear in a Washington Federal court at a later date.

WATCH: Skinhead Snowflake”We Should Pay Attention To Fear And Not Logic”

He claimed that the indictment was unrelated to the Special Council’s investigation into Russian interference in the 2016 presidential election. Instead, he said, he was accused of “making false statements during [his] testimony to the house intelligence committee”, a charge he believes to be the result of a “politically motivated investigation”.

With crowds shouting “lock him up” in the background, he said he is “troubled by the political motivations of the prosecutors”.

Stone said he will plead not guilty to the charges and assured the press that “there is no circumstance whatsoever under which I will bear false witness against the president, nor will I make up lies to ease the pressure on myself.”

“I look forward to being fully and completely vindicated,” he said.

WATCH BREAKING: “Roger Stone After Arrest: “I Will Not Testify Against The President”

Stone scolded the FBI for the manner in which he was arrested, saying that prosecutors could simply “have contacted my attorneys and I would have been more than willing to surrender voluntarily.”

“They terrorized my wife and dogs,” he added. “Though I have to say that the FBI agents were extraordinarily courteous.” 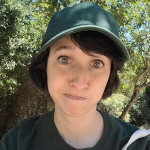