Skincare is nothing new – it’s been around for centuries. Granted, there weren’t well-stocked shelves of gleaming products for people to choose from several thousand years ago, but many of the beauty ingredients and techniques from ancient times are still very much prevalent in the skincare industry today. Taking a look back through history is always fascinating, but, when it comes to the evolution of skincare across different cultures, it becomes even more so.

The Birth of Skincare

The very first culture that was known to place significant importance on skincare was the Ancient Egyptians. Archaeological evidence from more than 6000 years ago shows that cosmetics played a huge role in daily life back then, with many spending hours a day on makeup and skincare.

Being able to make the most of local and natural ingredients was key in Ancient Egypt. Olive and other plant oils were used to moisturize the skin, while sand, Dead Sea salts, and aloe vera were blended together to create exfoliants. The Ancient Egyptians were clued up when it came to anti-aging skincare too – they were using concentrated fenugreek to treat fine lines and wrinkles long before science proved the ingredient effective.

Meanwhile, On the Other Side of the World…

While the Ancient Egyptians were busy developing their own cosmetic formulas, the people of Ancient China were doing the same.

Skin lightening aside, the Ancient Chinese placed a heavy focus on holistic skincare. While natural topical treatments were commonly used, they also rightly understood that everything from diet to circulation to general health greatly influenced their appearance. As a result, many would make use of traditional herbs to keep themselves healthy from within.

Moving Over to the Mediterranean

Just like the Chinese, the Ancient Greeks believed pale skin to be beautiful. They also had access to the vast cosmetic knowledge that the Ancient Egyptians left behind, so they took this and made it their own. They extracted essences and oils from the fruits, flowers, and herbs growing around them, mixing these with honey to create fragrant, antioxidant-rich moisturizers.

The Romans did similar, but they had a particular obsession with hygiene that led to many of the bathing and cleansing techniques we have today. Olive oil was a popular cleansing ingredient at the time, although olive lead was also used to treat acne.

Europe Gets in on the Skincare Trend

As beauty secrets began trickling in from the Mediterranean, the Middle East, and Asia, Europe soon developed its own love for skincare. With lead being so readily available, the ingredient became one that was used in almost every cosmetic formula, from lead and vinegar foundations that whitened the skin to lead facial peels. 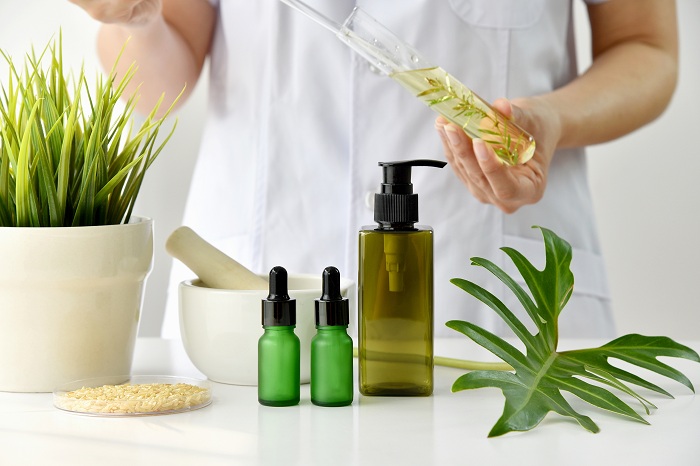 It didn’t take long for doctors to start noticing the dangerous side effects experienced by those who dabbled in lead-based skincare and makeup products. However, it wasn’t until 1869 that the ingredient was truly challenged. Unfortunately, there wasn’t a regulatory body that was dedicated to overseeing safety in cosmetics, which resulted in the FDA being founded in 1906.

Around the same time, new skincare ideas and concepts were everywhere. Combining the natural ingredients used throughout history with cutting-edge science meant that skincare products were now more effective than ever. Many of the biggest names in cosmetics were also created in the early 1900s, with these companies taking advantage of the industry’s rapid advancements.

The Future of Skincare

There are now skincare products out there that are capable of treating just about every skin concern and condition that you could imagine. Technology is constantly evolving, and the skincare industry has been hard behind it.

While there are always some that are a little slow on the uptake, the brands that have been fully embracing technology are those that are predicted to revolutionize the industry in the future.

Take Strivectin, for example, a brand that makes use of patented technology to create proprietary, performance-driven formulas, such as with their Strivectin TL Advanced Tightening Neck Cream. Skincare brands that are fuelled by science and results are the ones that you want to be giving your attention to, even if they aren’t the drugstore brand names that you grew up with.

Why does the history of skincare matter? Because this is what paved the way for the products that we know and love today. Understanding where various ingredients and beauty techniques have come from will not only help to diversify and strengthen your existing skincare routine, but, as a result, your skin will benefit from this ancient knowledge too.