Rates of syphilis, gonorrhea, and chlamydia infection have continued to rise, according to the Centers for Disease Control.

Both total numbers of infections and per capita rates of the three STDs continued their more-or-less uninterrupted climb since the turn of the millennium. In total, rates of infection are at their highest level since the CDC began tracking chlamydia infections in 1984. … 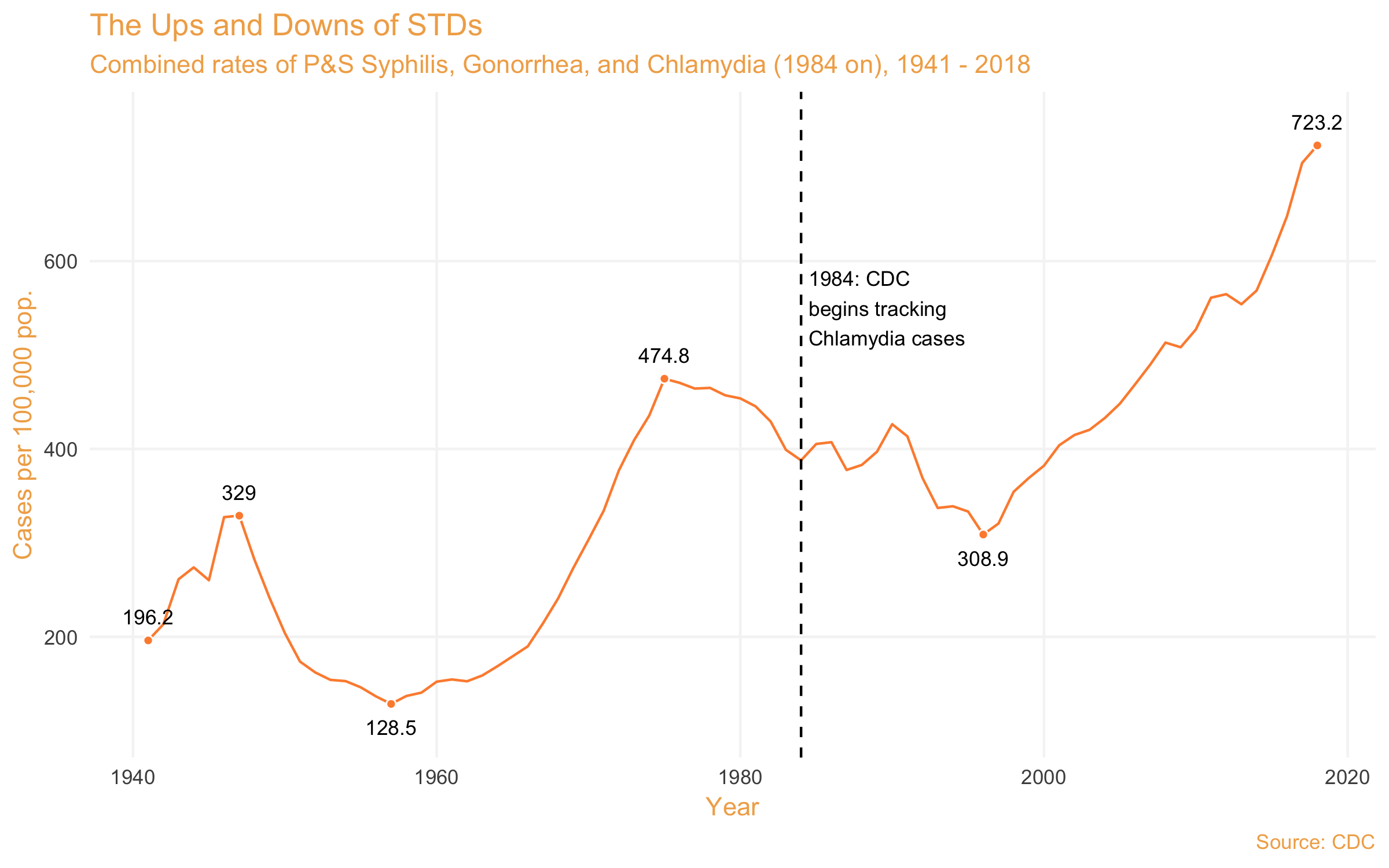 Click here to read the rest of the story at the Washington Free Beacon.