Some colleges are hyping hungry students to spur donations for Giving Tuesday:

In reality, the College Hunger Hoax is largely the result of a bait-and-switch by social scientists. Rather than seeking to measure actual hunger, questionnaires ask about the vaporous topic of “food security.” Surveys rely on sentiments and opinions, not actual food consumption. If someone fears missing a single meal, they can be categorized as “food insecure,” regardless of how much they ate. And if someone desired to consume better quality or more expensive cuisine (attention Whole Foods shoppers), they can join the ranks of the “food insecure.”

MORE: REPORT: AG Barr’s Got a Big Problem With the FISA Report That’s About to Drop

Food security surveys are routinely contorted in media reports as gauges of college students’ hunger, if not starvation. Typical misreporting shined in a New York Times headline this past May: “Tuition or Dinner? Nearly Half of College Students Surveyed in a New Report Are Going Hungry.”

But even with the skewed definition of the problem, the numbers of suffering students defy common sense. Based on a thorough Census Bureau national survey, the Agriculture Department reported last September that 5.9% of American households were “food insecure” within the past 30 days. The most widely quoted annual report on the plight of college students comes from the zealots at the Hope Center for College, Community and Justice. According to their most recent report this past April, 45% of college students  were food insecure in the prior 30 days. 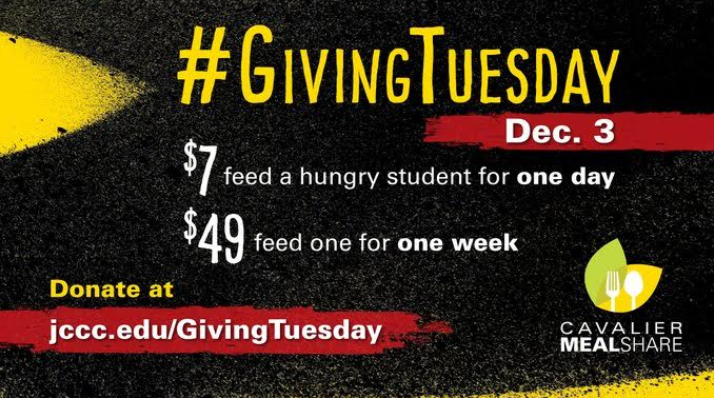 Why would college students be 762% more “food insecure” than the average American? Does receiving a letter of acceptance from a college mysteriously obliterate a person’s ability to feed themselves, or what? The answer lies in part in ludicrously biased surveys. Last year, Hope Center researchers reported that 26% of students with a college meal plan were “food insecure.” But how did students oversleeping and missing breakfast become part of a national crisis? Other surveys have estimated that the rate of “food insecurity” among college students is as low as 9%.

The Hope Center report gravely notes that 40% of students “cut the size of meals” due to cash shortages. This is portrayed as an unmitigated evil, though obesity is a far greater problem for college students than hunger. The percentage of students who were overweight or obese rose from 23% to 41% during their four years in college, according to a 2017 Journal of Nutrition Education and Behavior report. A study published in July in Health Education Journal reported that American “undergraduate students gain more weight in the first year in college than at any other point in their lives.” A 2016 study published in the Journal of Nutrition Education and Behavior found that the average student gained ten pounds during their four years in college.

There are plenty of individual students who miss meals and struggle financially but this has been the plight of some college students going back centuries. Many colleges would be compassionate to offer lower-price meal plans in lieu of the five-star buffets they increasingly serve. Many students are justifiably perturbed at soaring tuition costs for diplomas of shaky value. But they were not conscripted into higher education.

Perhaps the biggest danger from the College Hunger Hoax is that it will justify new political takeovers of another swath of American life. Some advocates are calling for “the federal government to provide free or reduced-cost meals at colleges, as is already done in primary and secondary schools.” Should we presume that attending college classes inflicts the equivalent of Post-Traumatic Stress Disorder, making students unable to care for themselves?

Someone might reach that conclusion based on the righteous and rapturous responses of many college students to Bernie Sanders’ tweet. The sense of entitlement can be disabling — or at least deter some students from taking a job to cover their cost of living. But no one has explained why becoming a gender studies major magically entitles a person to be fed by other Americans’ tax dollars.

James Bovard is the author of “Attention Deficit Democracy,” “The Bush Betrayal,” “Terrorism and Tyranny,” and other books. Bovard is on the USA Today Board of Contributors. He is on Twitter at @jimbovard. His website is at www.jimbovard.com

MORE: Ocasio-Cortez Is Mad at Maxine Waters Because She’s Too Moderate: ‘There’s Been Some Tensions’

(Content created by The Daily Caller News Foundation is available without charge to any eligible news publisher that can provide a large audience. For licensing opportunities of our original content, please contact licensing@dailycallernewsfoundation.org.)

Conflict in Afghanistan By Mohammad Alshereda

Understanding the Implications of the Stand Your Ground Law

What Do Small Businesses Need To Consider During the COVID-19 Pandemic Reopening?